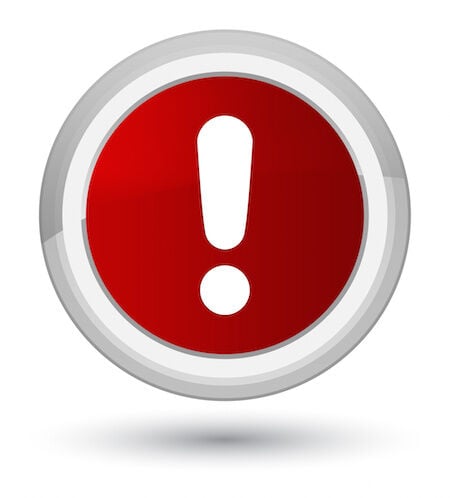 This case involved one issue, framed in 3 ways.

When the veteran asked the VA to restore his benefits, they only paid 1 year of past due benefits, arguing that the veteran never told them he had left active military service.

Issue#1: Is a VA regulation that requires veterans file claims to recommence earned benefits after a period of active military service, or forego all but one year of past-due disability compensation, a proper interpretation of Congressional intent in 38 U.S.C. §5304(c)?

Issue #2: Can a deadline to inform the VA of the veteran's separation from active military service be equitably tolled?

Issue #3: Did the VA violate the veteran's constitutional right to due process of law when it did not inform him of the deadline to inform the VA of his separation from active military service.

The Court said that 38 CFR 3.654(b) is a proper interpretation of 38 U.S.C. §5304(c), even though the statute itself neither requires that a veteran reapply for benefits nor forego all past-due benefits more than a year prior to said reapplication.

The Court started with the language of 38 U.S.C §5304(c), which says that "Pension, compensation, or retirement pay on account of any person's own service shall not be paid to such person for any period for which such person receives active service pay."

The Court continued: "[N]either section 5304(c) individually, nor sections 5304(c) and 1110 together, address how interruptions in the payment of benefits shall be administered."

Instead, the Court found that it would "not adopt the appellant's construction of sections 1110 and 5304(c) as the governing authority because doing so would effectively render Congress's specific directive in section 5112(b)(3) superfluous."

The Court does not explain how or why this is possible. Metaphorically, the fact that a baseball game ends after 9 innings does not render meaningless the fact that it begins when the umpire calls out "Play Ball."

The Court looked to 38 C.F.R. §3.654(b) to find that the VA reasonably interpreted the "gap" in statutory language by allowing the VA to "predicate the effective date for the recommencement of benefits on the date of the veteran's claim [for recommencement]."

The Court stood beside the government, holding that when a veteran whose benefits were put on hold while he was recalled to active military service seeks to have those benefits reinstated, the VA may limit repayment to one year prior to the application for recommencement.

The Court found that because 38 C.F.R. §3.654(b) governs the effective date of awards of VA benefits, equitable tolling does not apply to it.

The Court reasons that because the regulation is not a bar to VA benefits, it is not a statute of limitations that may be equitably tolled.

Specifically, the Court wrote that: "[a]though application of the regulation to the undisputed facts precluded an earlier effective date, it did not operate as a complete bar to benefits."

As near as I can understand, the Court found that because the veteran could have received benefits if he re-applied sooner, he was only barred from receipt of those benefits by reason of the timing of his re-application, not by a VA regulation (even though the regulation controls the relationship of the entitlement to benefits and the timing of the re-application for benefits.)

Apparently, at a hearing, the veteran testified that he did not reapply sooner was because he forgot about it.

The Court did not assess the opposite side of that coin: if the veteran had known he would lose tens of thousands of dollars in compensation by failing to reapply for recommencement of benefits, would he have reapplied sooner.

Takeaway #1: Was the surplusage canon of construction used properly in this decision?

The surplusage canon is slippery.

In the book "Reading the Law," which he co-authored with Bryan Garner, Justice Scalia cautioned that the surplusage canon was not a dispositive canon, and should be "applied with judgment and discretion, and with careful regard to context."

The surplusage canon is, however, a favorite of the current Court. It appears in four statutory interpretations by the Court in 2019 alone.

Here, for example, the Court's interpretation rendered meaningless the phrase in Section 5304(c) that says: "compensation...shall not be paid...for any period for which such person receives active service pay.”

The executive branch, now with the blessing of the judicial branch, has extended that prohibition to disallow payment of disability compensation from the beginning of the period of active military service until one year prior to the date of application for recommencement of benefits.

This is the danger of the surplusage canon: it has achieved the very thing it sought to avoid by rendering, as surplus, Congressional prohibition that"compensation...shall not be paid...for any period for which such person receives active service pay".

It is worth noting that this decision did not discuss any other canon of construction (the plain meaning canon and the pro veteran canon seem to have substantial relevance), or the legislative purpose or history of the statute.

Where did the VA get authority to limit past due compensation to one year prior to a reapplication for the recommencement of benefits? Why not 30 days? Why not 18 months? Why not 10 years?

That question, important as it is to the separation of powers, remains unanswered.

And Judge Greenberg encapsulated well the obvious concern the majority side-stepped in his dissenting opinion:

"Section 3.654(b) does not merely "create a mechanism by which VA manages compensation benefits when veterans return to active duty," as the majority states, it also creates an unnecessary and inappropriate impediment to a veteran receiving benefits he has already established entitlement to. The fact that VA could have adopted a regulation that prescribed the procedure of reinstating benefits without including an effective date provision is dispositive of whether 38 C.F.R. § 3.654(b) is a "necessary or appropriate" regulation. The Secretary has exceeded his statutory authority here at the expense of service-connected veterans who were called back to active duty."

Judge Greenberg minced no words when he quoted Justice Gorsuch in a recent dissenting opinion: "I would stop this business of making up excuses for judges to abdicate their job of interpreting the law, and simply allow the
court of appeals to afford 'a claimant' its best independent judgment of the law's meaning."

Board of Veterans Appeals Veterans Law Judge: A. Jaeger