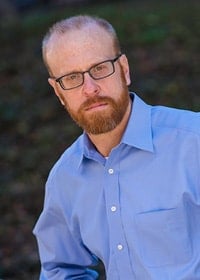 CAVC attorney Chris Attig is one of our nation’s leading advocates for veterans.

First, Chris Attig is one of the few attorneys for veterans who actually wore the uniform; he has seen, firsthand, the devastation that the VA’s legal and medical malfeasance can wreak on a veteran’s family.

Mr. Attig served in the U.S. Army Field Artillery, receiving many awards including the parachutist badge. He attended U.S. Army Ranger school, and because of his tenacity, professionalism, and esprit d’corps, was recruited for U.S. Army Special Forces Assessment and Selection. Mr. Attig declined the opportunity, ultimately dedicating himself to serve his brother and sister veterans through the law.

Mr. Attig focuses on applying his skills at appellate advocacy before the U.S. Federal Circuit Court of Appeals, the U.S. Court of Appeals for Veterans Claims, the Board of Veterans Appeals, every VA Regional Office in the country and, as of 2017, the United States Supreme Court.

Mr. Attig is known for both his meticulous and thorough record review and his dogged pursuit of constitutional due process and equal protection rights for veterans battling the VA.

Veterans Advocacy Outside the Courtroom.

Since 2015, Mr. Attig has served on the Board of Directors for the National Organization of Veterans Advocates, a non-profit organization that trains and educates several hundred accredited agents and attorneys. He is a frequent presenter on a variety of legal topics at NOVA’s twice-annual seminars.

He is also a regular contributor on veterans issues to television news, for ABC-TV in Little Rock, Arkansas, ABC-TV in Dallas, Texas and CBS-TV in Dallas, Texas. He frequently speaks to veterans organizations around the country on issues related to reintegration to civilian life after military service.

Mr. Attig wrote and published the popular "VA Sleep Apnea Field Manual" in 2014, teaching veterans and advocates how to prove and (hopefully) win their VA Sleep Apnea claims and appeals.

His Veterans Law Blog® teaches veterans how to take back the power in their own VA claims and appeals.

His "Taking Point!" Blog helps those who advocate for veterans stay current on the law and improve their practical advocacy skills.

His spare time is spent with his wife and 3 sons (age 8 to 21), running a variety of races and marathons for certain non-profits and as an Athlete Ambassador for the National Down Syndrome Society (NDSS).