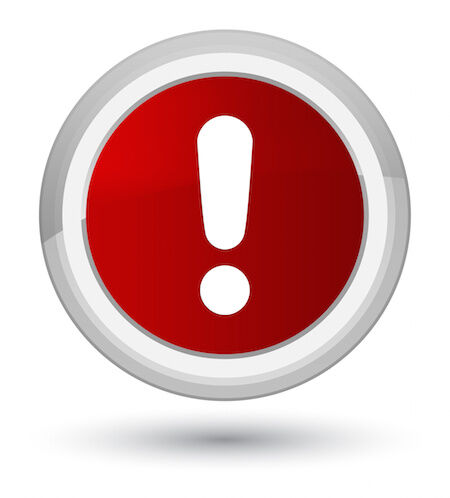 This case had two issues: one statutory and the other constitutional.

Did the Secretary violate the duty to assist when it did not give Mr. Martinez a copy of a medical opinion before relying on it to adjudicate a benefits claim?

Issue #2: Determining how much process is due a veteran under the 5th Amendment requires consideration of the degree of potential deprivation, the fairness and reliability of existing procedures, and the public interest.

Mr. Martinez was potentially deprived of over $100,000 in past-due compensation when the Secretary failed to give him a copy of a medical opinion he relied on in denying benefits. Before that denial, 6 written requests for the C-file, a petition for writ of mandamus to this Court, and two standing disclosure authorizations on the Secretary’s own form failed to produce the opinion on which the Secretary relied in the denial.

The Secretary’s current process promotes an inefficient judiciary and affords veterans who stood against our nation’s enemies less process than that due those accused of being her enemies.

Does the Due Process clause of the 5th Amendment require the Secretary to give Mr. Martinez a copy of the material intended to be relied on to adjudicate a veteran’s claim for benefits?

The Court found that the Secretary has no duty to assist veterans by providing them copies of their C&P opinions.

(A C&P opinion is a compensation and pension examination opinion in which a purported VA 'expert' renders an opinion whether a medical condition is or is not related to military service.)

The Court selected 3 statutory construction canons to interpret the text. First, it looked to the canon that said all parts of a statute must be read together.

The Court noted that 38 U.S.C. §5104 follows 38 USC §5103A. The second statute requires the Secretary notify a claimant of decisions and include the reasons and bases and a summary of relied upon evidence. Because Congress intended the Secretary to give veterans notice of its decisions, the Court reasoned, it could not be required to disclose the evidence to the veteran before the decision.

Second, it looked to the "surplusage canon" that looks to give every word Congress uses a reason. If the Court were to require the Secretary to give veterans copies of C&P opinions without a request, the Court said doing so would nullify 38 U.S.C. §5109 and §7109 which require the BVA to give the veteran copies of opinions when they get an expert opinion from outside of the VA system. The Court did not explain why Congress would have required the Secretary to automatically give veterans copies of veterans when procured by the BVA from a third party expert, but require Veterans make requests for opinions written by VA doctors.

The Court also found that requiring the VA and BVA to give veterans copies of C&P opinions would nullify 38 U.S.C. §5701 and 5702. Those two statutes outline when a party must submit a written request for information to the VA.

The Court did not address appellant's argument that these last two statutes only applied, by their very wording, when the Secretary had the discretion to produce documents to third parties, and not when it was mandatory for the Secretary to give information and evidence to a veteran

Third, the Court relied on the interpretive canon thats specific terms govern the general. 38 USC §5103A, the Court found, was just a "general duty to assist," and because there was no specific portion of the statute that required the VA to give copies of C&P opinions to veterans, the absence of a specific provision controlled the terms of the general provision.

The Court did not address Mr. Martinez's request to apply the pro-veteran canon - a statutory interpretation canon that says that statutes intended to benefit veterans should be construed in their favor.

Ultimately, the Court found that veterans should request copies of opinions "rather than passively standing by."

Issue #2: Does the VA violate a veteran's Due Process rights when it does not provide a copy of a C&P opinion to a veteran?

The Court acknowledged that Veterans have a constitutionally protected property right in their applications for VA benefits.

It acknowledged that the government's interest in "avoiding the fiscal and administrative burden of mailing a copy of every single document it obtains to every single claimant" is less significant than a veteran's "significant and obvious" private interest in his disability compensation.

However, the Court found that "there is little risk that the Secretary's practice [of not giving copies of C&P opinions to veterans before deciding the claim] could erroneously deprive a veteran of deserved disability compensation.

Because of that "little risk," the Court found Mr. Martinez's constitutional right to due process was not violated.

Takeaway #1: The Court appears to have created an adversarial right to discovery for veterans.

The Court wrote that if a veteran "wanted a copy [of a document], he need only to have requested one rather than passively standing by." The Court did not mention that in this case there were over a half-dozen requests for the veteran's C-file, all of which were ignored by the VA until the veteran filed a petition for writ of mandamus.

It is probably wise to begin, in your VA claims and BVA appeals, sending detailed lists of each and every document that you wish the VA to produce throughout the pendency of the claim or appeal.

Consider including notification that such requests are considered ongoing, and should be supplemented at each time the Secretary "obtains" a new copy of evidence that complies with the request.

Takeaway #2: In the interest of full disclosure, Mr. Martinez is represented before the US Court of Appeals for Veterans Claims by the law firm of Attig | Steel.

A Special Thank You to the University of Missouri Law School's Veteran's Clinic.

On behalf of Mr. Martinez and the law firm of Attig | Steel, PLLC, we would like to thank the University of Missouri Law School Veterans Clinic, its professors and its students, for helping Mr. Attig prepare for oral arguments with a moot court.