BVA Failed its Duty to Assist 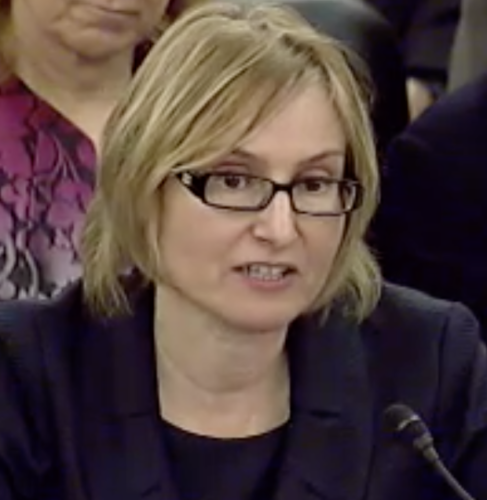 Evidence in the record before the VA may raise notice of pertinent medical records and trigger the duty to assist the appellant to locate and obtain the records. Ivey v. Derwinski, 2 Vet.App. 320 (1992).

Before he died, the veteran testified about private medical records at a BVA hearing. The BVA VLJ stated on the record at the hearing that the BVA "may have to get them". The BVA did remand the case to the VA Regional Office to make a contemporaneous request for records from another government agency, but did not order the request of the private medical records.

When the BVA stated that it had fulfilled the Duty to Assist, and that neither the survivor nor the veteran had identified additional evidence the BVA should consider, did it fail to procure evidence relevant and material to the claim?

The CAVC vacated and remanded the appeal to the BVA to fulfill the Duty to Assist.

Because the record contained many references to the medical records in question, because there was a reasonable possibility that the records would support the claim, and because the VA knew of the existence of the records, the BVA had a duty to assist the survivor by procuring the records before its decision.

1) Don't confuse the BVA Duty to Assist with actual assistance.

That saying was true over a decade ago when I first started practicing Veterans law, and its true today.

This entire appeal to the CAVC was unnecessary: as the CAVC noted in its decision, the "record is replete with references to the outstanding private medical records as reflecting multiple back surgeries in the first several years following service". Roberts v. Shulkin, Memorandum Decision, at *6.

If the record was replete with these references, why didn't the VSO go out and get them for the veteran before the claim was decided by the VA Regional Office? Or even before the appeal was adjudicated by the BVA?

If you are an accredited VA attorney, go out and procure obvious records that are relevant to your client's claim or appeal, and build them into your arguments before the BVA.  Avoid making the veteran go through an appeal to the CAVC to get a court order telling the VA to get them, if the circumstances allow.

If you are a VSO, you can really distinguish yourself from other VSOs by procuring military service and military medical records for your veteran and survivor clients. Yes, it is true that the VA and BVA have a Duty to Assist the veteran, but what is the point in waiting on a federal agency, already facing decade long backlogs, to act.

There is a statement in the decision that reads:

Given [the remand], the Court need not address Ms. Roberts's additional arguments, which could not result in a remedy greater than remand. However, for the sake of guidance, the Court finds it unclear whether the December 2014 examiner properly considered Mr. Roberts's lay statements made prior to his death regarding the extent of his in-service injuries and subsequent treatment. (record citation omitted).

Statements like this are always intriguing in a judge's decision, but more intriguing when they appear in a CAVC decision.

On on hand, it can seem somewhat like an advisory opinion: the Veterans Court essentially giving a "hint" to the BVA or telling it how it would rule.

On the other hand, this guidance was in favor of the survivor and could shorten the survivor's wait time. What happens when the court starts offering opinions like this agains the veteran's claim.

Can the CAVC offer guidance to the BVA to tell them how to more efficiently deny a claim?

If you think you have a BVA decision in which the VA or BVA failed its Duty to Assist, or failed to procure military service or medical records relevant to the veteran or survivor's appeal, reach out to me and request a consultation on your BVA Decision.

Likewise, if you are a VSO or attorney and would like to learn how to provide actual assistance in your clients - veteran or survivor - VA disability claims and appeals, please contact my office.

* Photograph of Judge Margaret Bartley is a screenshot from the Judge's testimony to a Senate confirmation committee, courtesy of C-Span.