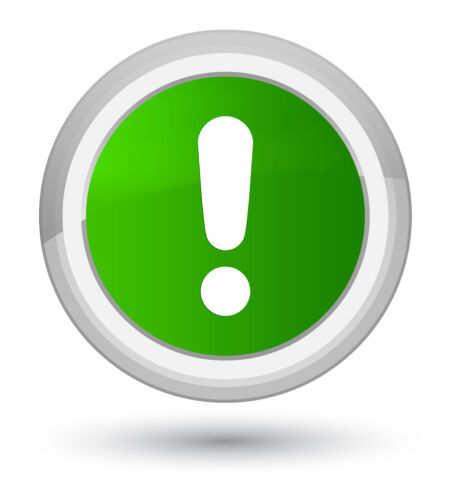 38 U.S.C. §7107(b) (2012) requires “[t]he Board shall decide any appeal only after affording the appellant an opportunity for a hearing.” When a veteran has a BVA hearing, and seeks another hearing after the BVA decision is vacated and remanded, the Federal Circuit said that any means any, and a veteran is entitled to a second hearing.

In this case, the BVA vacated a VA ratings decision and remanded it to the Regional Office for additional development. Additional evidence was developed, and the veteran sought a hearing when the appeal returned to the BVA. The BVA denied the hearing, on the grounds that the veteran already had his day in court.

Did the BVA err when it denied a veteran's request for a hearing after a BVA remand returns for a new decision?

The Court rejected the argument of the VA Office of General Counsel and found that 38 U.S.C. §7107(b) is unequivocal: the BVA shall allow a hearing in any appeal to the BVA.

Whether on remand from the Court to the BVA or the BVA to the VA Regional Office, if the veteran requests a hearing, he or she should get one.

Takeaway #1: Ask and ye shall receive.

If you ask for a hearing for your veteran, and new evidence has been admitted or new argument can be made (or a host of other reasons) since the last hearing, Congress was clear: the BVA shall hold a hearing.

This issue was resolved about as clearly as a case can be when the Federal Circuit decided Cook v. Wilkie in late 2018, less than a year earlier. In that appeal, the Federal Circuit said that the VA and BVA may not curate when it may offer a hearing.

If you ask for a hearing, you get one.

The impact on veterans is significant, albeit identical to Cook v. Wilkie:

If you request a BVA hearing, the BVA cannot decline your request simply because you already had one before its prior decision, even if it is the same "claim" and "condition" at issue.

If you are an advocate that finds value in a BVA hearing, then you may want to consider requesting one each time the evidence changes after a BVA decision - whether that decision is a denial, remand or referral.

And, if the BVA denies your request for a hearing, and denies your appeal in a BVA decision, give me a shout - there could very well be remandable error in that BVA decision.

This is one of the frustrating aspects of practicing Veterans Law.

Even having poured over the Department of Veterans Affairs briefs in this case, and listening to the oral arguments, I struggle to understand how the distinction the government tried to make could have any difference.

I talked about this when Cook v. Wilkie first issued, and a VA Office of General Counsel attorney argued that Cook was limited to its facts.

In my mind, their argument is as forceful as arguing that the cases should turn out different because the one different fact is that Cook and Quinn spell their names different.

As a former government attorney myself (I used to work for the Department of Treasury's Office of General Counsel for the IRS), I know how easy it is to lose sight of the fact that government attorneys have 3 clients: in this case, the Secretary of Veterans Affairs, the American taxpayer, and justice.

VA Office of General Counsel attorneys do not - should not - have the luxury of taking obtuse legal positions just because they can.

Such conduct harms the American taxpayer.

I imagine that this appeal cost the taxpayer at least $8,000 - $10,000 more than it should have. I suppose some might argue that amount is just small potatoes in a billion dollar government budget. Such an argument proves the point - one cannot be a good custodian of the taxpayer's money while not caring about the taxpayer's money.

The greater harm comes to the veteran, though.

In this case, Ms. Quinn's appeal should have been back at the BVA no later than May 2018. By now, the BVA hearing could have been held and the decision rendered.

This veteran lost 13 months waiting on access to veterans benefits waiting while the VA Office of General Counsel argued a losing proposition.

I try very hard not to second guess any litigating position, but as a taxpayer, attorney, and disabled veteran, I am deeply concerned that such conduct occurs far more often than we acknowledge.

In the past, the government has argued that even though law students are compensated for their work at the CAVC under the Equal Access to Justice Act (EAJA), law students who are working under the supervision of a law clinic should not be compensated.

In another appeal, the VA Office of General Counsel paid an additional $21,000 in EAJA fees to lose an appeal in which they agreed that the lower Court committed an error.

I struggled with this post for a while. On a near daily basis, I changed my mind if I would ever post it.

On one hand, I don't understand the power dynamics in the VA Office of General Counsel. After chatting with former attorneys from the VA OGC, there is a strong likelihood that the line attorneys who make these arguments are acting at the direction of a Deputy General Counsel -- or higher.

So I don't want to accuse my colleagues - most of whom I like and respect as attorneys and people - of conduct that is less than becoming when in fact they are just following the orders of their bosses.

On the other hand, the delays and burdens of the VA claims and appeals systems destroy lives.

Speaking out against the practices that create and fuel that system - despite my fear that I will have to suffer retaliation from the VA Office of General Counsel - is a Forlorn Hope.

Such actions are necessary, if we ever hope to breach the fortress walls and create a system that truly helps the men and women who sacrificed so much for our nation reintegrate into civilian life.

Perhaps someday, the VA Office of Inspector General will look into this.