Cook v. Wilkie: Can a veteran get more than one BVA Hearing? 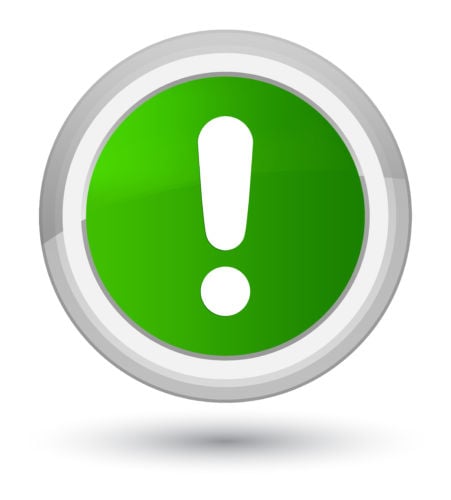 38 U.S.C. §7107(b) (2012) requires “[t]he Board shall decide any appeal only after affording the appellant an opportunity for a hearing.”  On remand from the Veterans Court, the veteran asked for a new BVA hearing to provide additional evidence. Writing for the BVA, Veterans Law Judge Milo Hawley denied the veteran's hearing request, writing that the veteran  “was already afforded a Board hearing” and that “no further hearing is necessary.”  Does 38 U.S.C. § 7107(b) (2012) entitle an appellant to an opportunity for a BVA hearing whenever the Board of Veterans Appeals decides an appeal, including on remand?

The U.S. Court of Appeals for the Federal Circuit found that the BVA is required to provide a hearing before deciding any appeal, even if a BVA hearing has already been held prior to a remand from the CAVC. In doing so, the Federal Circuit affirmed the decision of the Court of Appeals for Veterans Claims, which held as follows: "VA claimants have the right to request and receive a Board hearing for the purpose of submitting additional evidence after a remand from the Court, even if he or she previously received a hearing before the Board at another stage of appellate proceedings." Cook v. Wilkie, #15-873, Panel Decision at 15 (January 31, 2017). The Federal Circuit used strong language in affirming the decision of the Veterans Court. It wrote: "[T]he phrase “any appeal” [in §7107(b)] indicates that the Board is not free to curate which appeals are entitled to 'an opportunity for a hearing.' The Board must provide such an opportunity before it decides every appeal." Cook v. Wilkie, ____ F.3d ____ (Fed. Cir. 2018), slip op. #17-2181 at *9 (November 13, 2018).

1) How does this change your practice?

If you request a BVA hearing, the BVA cannot decline your request simply because you already had one before its prior decision, even if it is the same "claim" and "condition" at issue. If you are an advocate that finds value in a BVA hearing, then you may want to consider requesting one each time the evidence changes after a BVA decision - whether that decision is a denial, remand or referral.  And, if the BVA denies your request for a hearing, and denies your appeal in a BVA decision, give me a shout - there could very well be remandable error in that BVA decision.

The factual context of Cook was a post-CAVC remand request for another BVA hearing.  What if you, or the veteran, requests another BVA hearing after a BVA remand?  Well, the VA's Office of General Counsel has decided that Cook is limited to its facts, and they  informed me that their position, going forward, is that Cook does not give Veterans  a right to a second hearing after a BVA remand - only after a CAVC remand.  How they will make this argument remains to be seen: I can think of no reason why either reviewing court would find that §7107(b) has one meaning in the context of a CAVC remand, but another contrary meaning in the context of a BVA remand. And, if a court did make that finding, I'm not sure I see it surviving an equal protection challenge: there is no rational basis for this kind of disparate treatment of veterans. As the Veterans Court plainly stated in its initial panel decision in Cook, "providing only an entitlement to a single Board hearing “would be neither solicitous of a claimant nor productive of informed Board decisionmaking.” Cook v. Wilkie, 28 Vet. App. at 342 (2018).

3) A "hint" for the role of the Pro Veteran Canon? Maybe, but maybe not.

This appeal was a pure statutory interpretation argument.  I strongly recommend you read the CAVC panel decision, because it very clearly lays out the full process for interpreting a statute, at least under the current law, from Chevron through Skidmore. If you are looking for a good general outline of statutory interpretation of veterans benefits statutes, the Court does a great job of laying that analysis out. But, in light of the fact that Procopio sits at the Federal Circuit, and because Procopio at least entertains the possibility of changing the balance of power in the interpretation of veterans benefits statutes, every decision out of the Federal Circuit interpreting a statute is being examined. The Veterans Court begins with Chevron: It finds the BVA hearing statute ambiguous and finds that canons of construction cannot solve the interpretive puzzle (Step 1 of Chevron). Next, it finds that the VA's interpretation of the BVA hearing statute (one BVA hearing per appeal) is not entitled to deference, because their regulation merely parrots the statute and was written before the statute and could not interpret it (Step 2 of Chevron). The Court then finds that the Secretary's "one BVA hearing per appeal" interpretation is not entitled to Skidmore deference, because it lacks persuasive authority. Skidmore v. Swift & Co., 323 U.S. 134 (1944). Finding that the Secretary's interpretation is not entitled to deference, the CAVC interprets the statute itself. In doing so, it provides the following analysis - it's lengthy, but take a read:

Having found that the Secretary's arguments do not have persuasive value under Skidmore, the Court also observes that this case implicates the presumption announced in Brown v. Gardner, 513 U.S. 115, 118 (1994), that any doubt in the interpretation of a VA statute must be resolved in favor of a veteran. Applying this presumption in the context of its Skidmore analysis, the Federal Circuit has stated that, even where the Secretary's asserted interpretation of a statute is "plausible," adopting an interpretation that is less favorable to the veteran would be appropriate "only if the statutory language unambiguously" required that less favorable interpretation. Sursely, 551 F.3d at 1357. Here, the Secretary's interpretation is not required by the language of section 7107(b) and is clearly less favorable to veterans than the interpretation discussed above, namely, that a claimant who received a personal hearing at one stage of appellate proceedings before the Board is entitled, upon request, to a Board hearing following a remand from this Court. See also Hudgens v. McDonald, 823 F.3d 630, 639 (Fed. Cir. 2016) (applying Gardner and adopting the veteran's interpretation of a regulation as "consistent with the beneficence inherent in the veterans' benefits scheme"); Trafter v. Shinseki, 26 Vet. App. 267, 272 (2013) (stating that theSecretary's interpretation of a statute is entitled to deference except where, inter alia, his "interpretation is unfavorable to veterans, such that it conflicts with the beneficence underpinning VA's veterans benefits scheme, and a more liberal construction is available that affords a harmonious interplay between provisions")

What the CAVC did here is subtle, but unsettling. It considered the pro veteran canon only after both steps of Chevron and after deciding Skidmore deference does not apply. This is unsettling because the Supreme Court has said that all veterans benefits statutes must be interpreted "in light of 'the canon that provisions for benefits to members of the Armed Services are to be construed in the beneficiaries’ favor.' " Henderson v. Shinseki, 562 U.S. 428 (2011). In a sense, the pro veteran canon is like a spotlight that illuminates the entire process. It casts what I call a "penumbra of beneficence" over the entire interpretive process.  Respectfully, and continuing the metaphor of lighting devices, considering the pro veteran canon at the end of the statutory interpretive process feels less like illuminating the process with a spotlight, and more like peering with a flashlight under the couch of justice, searching for a lost statutory meaning.  The Federal Circuit's affirmance, on the other hand,  is interesting to me in its distinctive approach to the interpretive question. It begins with the following statement: "[W]e will ascertain the best meaning of § 7107(b) 'by employing the traditional tools of statutory construction; we examine the statute’s text, structure, and legislative history, and apply the relevant canons of interpretation.' Delverde, SrL v. United States, 202 F.3d 1360, 1363 (Fed. Cir. 2000)." Delverde is a statutory interpretation case in which the Circuit "determined that [where] the meaning of the statute is clear, we need not give Chevron deference to [the government's] interpretation." In determining the statute's meaning, Delverde stands for the proposition that the Court will "examine the statute's text, structure, and legislative history, and apply the relevant canons of interpretation" at Chevron step one.  Delverde is decidedly a traditional Chevron step one analysis, authored by Circuit Judge Lourie (who authored the Court's opinion in Cook) and joined by Circuit Judge Clevenger (who was on the panel in Cook). There are only six (6) Circuit decisions interpreting statutes in 38 U.S.C that cite to Delverde. In all but two (Heino and Gazelle), Circuit Judge Clevenger was on the panel.  In one of the cases, the Federal Circuit found that the veterans canon only applies to ambiguous statutes and cannot be used to " 'override the clear meaning of a particular provision.' "Paralyzed Veterans of Am. v. Sec'y of Veterans Affairs, 345 F.3d 1334, 1340 (Fed. Cir. 2003). In another case, the Federal Circuit construed a particular statute "as we believe Congress clearly intended," citing to a landmark pro-veteran canon case, Brown v. Gardner. Kilpatrick v. Principi, 327 F.3d 1375, 1385 (Fed. Cir. 2003). In a third case citing Delverde, the Circuit found that in discerning the meaning of words in a statute, courts must consider their statutory context at Chevron step one, citing to the Brown v. Gardner pro veteran canon case. Gazelle v. Shulkin, 868 F.3d 1006, 1012 (Fed. Cir. 2017). And in the fourth case, the Circuit made clear that the pro-veteran canon could not be used to over-ride the clear meaning of a statute.  Boyer v. West, 210 F.3d 1351, 1355 (Fed. Cir. 2000). Even more curious is what the Circuit said after extensively analyzing the text of §7107(b): "[T]he text of § 7107(b) better supports Cook’s argument that the Board must provide a claimant an opportunity for a hearing before it decides every appeal." Cook v. Wilkie, slip op. at 10 - 11.  In other words, the Circuit appears to have affirmed the Veterans Court's outcome, while doing so at Chevron step one, and not after considering Skidmore deference. Compare, Cook v. Wilkie, slip op. at *4 - 5 (noting the veterans court holding that "the plain language of § 7107(b) did not clearly answer whether a claimant is entitled to a post-remand Board hearing"); Cook v. Wilkie, slip op at *10 (Circuit holds that "the text of § 7107(b) better supports Cook’s argument that the Board must provide a claimant an opportunity for a hearing before it decides every appeal"). I'm not sure what all of that means, but the scarce use of Delverde, its frequent appearance in cases where Circuit Judge Clevenger was on the panel, and its citation in cases defining two distinct roles of the pro-veteran canon (to give clarity to Congress's meaning through the statute's text or history and its unavailability to over-ride clear Congressional intent), are enough to make me raise an eyebrow. Court opinions do not just lay out the rules of law. They are very much a dialogue between superior and inferior courts. Whether this opinion is a part of that dialog, or just Attig looking for a haystack in which to  hide a needle, is very much debatable. I throw the idea out to the broader community, and ask you to critique my theory that Cook is a leading indicator of one direction where the Federal Circuit  might go in defining the role of the pro-veteran canon in the Chevron statutory framework.

* At the time of oral argument, Judge Hagel was Chief Judge of the CAVC

OGC Attorney at CAVC: Nathan P. Kirschner  (on the briefs and merits) (link to bio on ...)