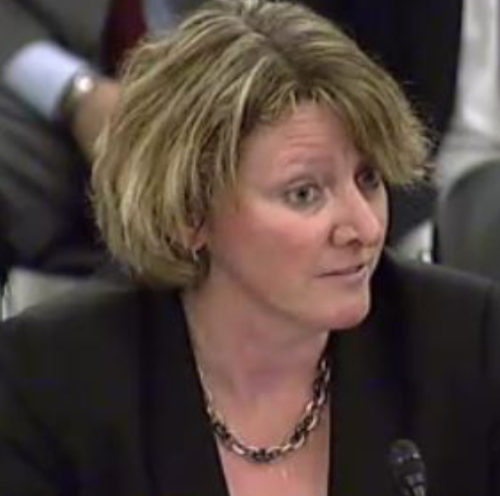 When establishing a PTSD rating, the Board of Veterans Appeals is required to  "engage in a holistic analysis" of a veteran's mental health symptoms to determine the proper disability percnetage. Bankhead v. Shulkin, 29 Vet.App. 10 (2017).  An adequate statement of reasons and bases is not merely listing the evidence before stating a conclusion. Dennis v. Nicholson, 21 Vet.App. 18 (2007).

The BVA did not discuss evidence that the veteran’s PTSD may have contributed to interpersonal difficulties on the job during the relevant PTSD rating period. The BVA did mention “OCD symptoms” and symptoms of irritable outbursts in the record in its factual summary, but did not discuss or analyze how those symptoms related to the level of rating it assigned the veteran.

If the BVA lists symptoms of the veteran’s mental health condition in its factual summary of a PTSD rating decision, but does not analyze how they relate to the rating percentage it assigned, did the BVA fail to provide adequate reasons and bases for its decision?

The Court of Appeals for Veterans Claims (CAVC) held that yes, the BVA must engage in a holistic analysis of mental health symptoms in a PTSD rating decision, and analyze how they equate to a particular disability percentage rating level in 38 CFR 4.130.

The CAVC vacated the decision of BVA Veterans Law Judge J.W. Zissimos, and remanded it for re-adjudication.

1) The PTSD rating and a holistic analysis of symptoms.

This decision cuts to the core of a long standing problem with BVA decisions involving PTSD ratings.

For decades, BVA decisions have merely consisted of a list of facts with a conclusion taped on to the ending: too frequently,  a denial of service connection or an affirmance of the VA Regional Office PTSD rating.

The Secretary has long defended these decisions at the Court of Appeals for Veterans Claims (CAVC) , rationalizing that a BVA judge need not talk about every piece of evidence, and pushing for decisions where it is sufficient for the BVA to list facts in its "findings of fact" section or, in some cases, that the implicit consideration of a fact is sufficient for the BVA to comply with the law.

This has frustrated veterans, who often don't understand how the BVA or VA Regional Office came to choose a particular PTSD rating, often having to read between the lines in BVA decisions.

The Emerson decision gives hope that veterans have won this battle.

The Bankhead case (according to Lexis, this case has been cited 26 times in the 8 months since it was issued) is in my estimation the tipping point for what is required of the BVA in the written decision on an appeal of a PTSD rating.

In Bankhead, the core theme involved the  BVA's treatment of a particular symptom of mental health ratings, in that case a PTSD rating: suicidal ideation.

The CAVC analysis in Bankhead is itself fascinating, for a variety of reasons, but its key holding was that if the BVA  fails to adequately assess evidence of a sign or symptom experienced by the veteran, misrepresents the meaning of a symptom, or fails to consider the impact of the veteran's symptoms as a whole, its reasons or bases for its denial of a higher evaluation or PTSD rating are inadequate.

In his principal brief, Mr. Emerson made passing reference to Bankhead, arguing it for a very narrow piece of its holding that the "...VA generally considers [suicidal ideation] indicative of a 70% evaluation”. Appellant's Principal Brief, Emerson v Shulkin, CAVC #16-4086 (June 19, 2017)(click here for link to Principal Brief). From the Appellant's perspective, this case was not important to the result he sought.

The Secretary did not mention or consider Bankhead, suggesting he, too, may have underestimated the importance of Bankhead in this case.

Notwithstanding the relative unimportance of Bankhead to the parties' positions, the Court's decision rested heavily on a key theme from that case:  the VA is required to ”engage in a holistic analysis" of the claimant's symptoms to determine the proper disability percentage for a PTSD rating.

Hold on to that phrase - holistic analysis - for one moment.

Bankhead put a word on the type of analysis that the BVA is supposed to be doing in the PTSD rating - a “holistic analysis”.

This concept isn’t revolutionary, it is what fact-finders do every day: they list facts, think about them and, through a written decision, analyze them. Almost every written decision by any court or administrative board is a "holistic" consideration of facts.

But that phrase gave power to Bankhead.

Bankhead has been cited, according to Lexis, 26 times since it was issued May 19, 2017 (less than 8 months at the time of this writing). 19 of those citations (by my count) quote the "holistic analysis" phraseology or its Lexis headnote. Bankhead has been relied on by 8 different CAVC judges (from Chief Davis to 2 of the 3 newest judges). It is used almost exclusively in mental health rating cases, but notably in one knee rating case under DC 5257.

That's critical: we now have a phrase for what the BVA must do to properly rate a mental health condition.

So how do you use this decision - and the idea of the "holistic analysis" in your practice as an attorney representing veterans before the BVA or VA Regional Office?

When you are before the fact-finder, don’t just lay the medical reports before the VARO adjudicator or BVA Veterans Law Judge.

Do a holistic analysis yourself - in fact, use that phrase and cite to Bankhead - by following these steps:

1. Look at the basket of symptoms your client has in her unique mental health case, and compare them to the list at 4.130.

2. Consider how the severity, frequency, and duration of those symptoms impacts the rating.

3. Use that consideration to argue for a rating that most nearly approximates that level of occupational and social impairment the Veteran is experiencing.

Not only will you likely win higher ratings at the BVA by doing this, but you will also allow appellate attorneys at the CAVC to push beyond the reasons-and-bases style arguments which led to Bankhead.

You allow us to build on Bankhead, and push for more reversals of poorly written BVA decisions.

The value, here, is that we end more veterans' battles with the VA over PTSD Claims (Mr. Emerson's is in its 13th year)  - based on clearly erroneous factual determinations.

Veteran Representation at CAVC: Kaityln C. Degnan (on the reply)(CCK)

* Photograph of Judge Amanda L. Meredith  is from Congressional hearing testimony; original copyright holder is unknown, please contact website administrator if you hold the copyright to this photo so we can provide proper credit.