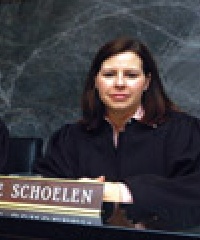 A veteran has a burden to present and support a claim for benefits with facts, and not pure speculation or remote possibility. Fagan v. Shinseki, 573 F.3d 1282 (Fed. Cir. 2009) . A VA C&P Exam report must rest on correct facts and reasoned medical judgment, informing the BVA on a medical question and facilitating BVA consideration and weighing of the report against contrary reports. Acevedo v. Shinseki, 25 Vet.App. 286 (2012).

The veteran was a paratrooper, and argued his right knee arthritis was due to repetitive strain from parachute jumps. A VA C&P Exam opinion noted no in-service reports of injury to the knee. The VA C&P Exam author did note an almost 50 pound weight gain in the 4o years between service and the claim filing. He noted the veteran’s report of a 9 month history of knee pain in a medical exam at the time of the claim.

The VA C&P Exam doctor based his opinion finding a lack of nexus on those facts, arguing it was less likely that the right knee injury was service related

Is a VA exam inadequate when it does not specifically presume the possibility a knee injury is consistent with service as a parachute infantryman in the military?

The Court of Appeals for Veterans Claims (CAVC) affirmed the BVA Decision. The CAVC held that no, an exam is not inadequate if it fails to speculate on facts from military service; veterans are required to prove their claims, and speculation is not proof.

This appeal raised additional issues with the VA’s failure to issue a Statement of Case on a 9 year old notice of disagreement filed in September 2008, and the adequacy of the hearing exam. This review does not cover either of those topics.

1) How to Protect your Client from an adverse VA C&P Exam Opinion on nexus.

We are used to seeing BVA decisions which rely on inadequate medical exams. Exams are inadequate for many reasons, the following four being the most common:

* Failure to adequately describe the nature of the disability

There are equally as many decisions where the exam is adequate, or legally sufficient, but is inadequate for another reason: the failure of the veteran or his advocate at the VARO or BVA to properly prove up the claim.

I don’t have access to the case file, and so I don’t know all the facts, and my analysis says nothing about the quality of representation of this veteran at the BVA or VARO.

If I as an advocate am going to argue at the VARO or the BVA that my client’s arthritis in the knee joint is related to military service, I am not going to rely on the hope that the VA C&P Exam doctor makes a connection between jumping out of airplanes and knee pain.

As an accredited VA, don’t hang your client’s case on “ifs and buts”. Prove your case up like you are trying to defeat a summary judgment in state court.

If I was representing this veteran at the BVA or VARO, here are 10 steps I would take to build a solid argument which - first and foremost - supports a finding of nexus between a parachute infantry MOS and arthritis of the knees:

Step 1: I’m going to put lay evidence (including jump records) showing how many jumps the veteran had.

Step 2: I’m going to include lay evidence showing the frequency, chronicity and severity of the veteran’s - untreated - knee pain during military service.

Step 3: I’m going to include lay evidence showing the frequency, chronicity, and severity of the veteran’s - untreated - knee pain between separation and the date of claim.

Step 4: The lay evidence in 2 and 3 is going to include not just the veteran, but any fellow service members I can find, family members, friends, neighbors, co-workers, bosses, fishing buddies, hunting buddies, golfing buddies, drinking buddies…anyone I can find who can help establish the fact that the knee pain had its origins, from a lay perspective, with parachute jumps in the military.

Step 5: I’m going to include lay evidence explaining why my client did not report the knee pain on his separation physical (maybe he was too busy raising a family and needed to get out of service and start working, maybe he was told not to report anything or they wouldn’t give him an honorable discharge, maybe he didn’t understand the questions on the exam to include what was then bearable pain, etc.)

Step 6: I’m going to include any treatment records during service related to the knee.

Step 7: I’m going to include any post-service treatment records related to the knee which support the claim.

Step 8: I’m going to summarize all of the evidence, assemble it into a single organized evidence packet, and share the packet and the C-File with the VA examiner.

Step 10: I’m going to contact an attorney who focuses on appeal work at the CAVC to determine what else I need to do to insulate my case for possible appeal in the event the BVA backs what I think is an inadequate VA C&P Exam.

Should VSOs be doing this before the VA issues its first decision, or before filing a Fully Developed Claim?

Yes, absolutely. I have never seen a VSO prove a claim this fully, however, and doubt I ever will.

Is this a lot of work for an attorney (or paralegals, if you hire them to help with your evidentiary development)?

Yes, it is: but presumably you are only taking cases where the potential past due exceeds your overhead costs and time (in other words, this is the cost of doing business for attorneys).

Does this type of proof require a lot of investigation by you or your law firm independent of the VA’s Duty to Assist?
Yes, to properly represent your clients before the BVA, and to properly challenge the adequacy of a VA C&P Exam, you must pretend the Duty to Assist doesn’t exist.

That said, the above process is the surest way to ensure that the weight of the factual evidence is on your client’s side BEFORE the BVA decision.

Done properly, it helps to strengthen the argument that the VA C&P examiner opinion was inadequate.

Done poorly, you leave the appellate with a long shot argument.

As demonstrated by this case, that long shot is highly unlikely to hit its mark.

As attorneys practicing before the BVA and VA Regional Office, we cannot expect an appellate attorney to win a client’s appeal at the Veterans Court by attacking the adequacy of a VA C&P exam with mere speculation.

* Photograph of Judge Mary J. Schoelen courtesy Claire Duggan, who is believed to hold the copyright.