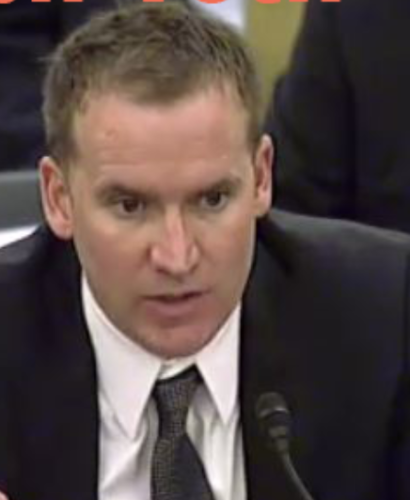 {Several issues were raised in the briefing of this case - this review focuses in on one: the CAVC harmless error rule.}

When the BVA issues a remand order, the veteran or surviving spouse is entitled to substantial compliance with the remand order. D'Aries v. Peake, 22 Vet. App. 97 (2008).

Did the BVA substantially comply with the terms of its remand order seeking the opinion of a pulmonologist when it relied on an Occupational Medicine doctor simply because he had "obvious expertise"?

The CAVC found the argument over substantial compliance to essentially be a challenge to the adequacy of the BVA's reasons and bases.

It found the BVA decision did lack reasons and bases, but it was not a "prejudicial" or harmless error.

The CAVC found another medical opinion from a pulmonologist - even the BVA found it inadequate - was probative enough to  bolster  the Occupational Medicine doctor's inadequately reasoned argument.

The CAVC affirmed the decision of the BVA.

1) "Harmless Error" is getting quite painful.

In 2009, the Supreme Court found that the CAVC is required by statute to take note of the rule of prejudicial error when reviewing BVA decisions. Shinseki v. Sanders, 556 U.S. 396 (2009).  This rule of harmless error stands for the concept that even when the BVA commits an error, if the outcome is not affected by the error -- if it does not affect a substantive right of the veteran -- the error is deemed harmless or non-prejudicial.

Since the SCOTUS decision in Sanders, there has been a proliferation of "harmless error" findings. The Secretary's positions at the CAVC are not known for their consistency; that said, the VA's Office of General Counsel attorneys almost religiously assert harmless error at the CAVC.

It has started to feel as though the Veteran has a heightened burden in almost every CAVC appeal - even if he meets his burden under the statutory standard of review, he still has to prove that the VA's error is harmless.

On the veterans' side of the bar, however, there has been little pushback against the sweeping application of the harmless error rule.

The veterans' bar has not had success pushing back to limit the scenarios where harmless error applies.

Generally, the CAVC harmless error rule should  only apply where the effect of an error can be quantified based on a review of the record and where the error does not effect the substantial rights of the claimant.

Harmless error is a very case specific inquiry, and while a reviewing court may rely on its specialized experience to "know" that certain errors innately are more likely to be harmful than others, the harmless error rule commands a penetrating analysis of the record before the reviewing court.

In the broader body of federal jurisprudence, when a reviewing appellate court  considers the harmless error rule, it must do so without relying on the evidentiary presumptions on which the trial court is entitled to rely.

These limits on the CAVC harmless error rule has never (to my knowledge) been tested at the Veterans Court.

This case raises an interesting question: when reviewing a BVA decision for harmless error, must the CAVC consider the effect of the error without regard to the presumption of competence for VA medical opinions?

I'm sure you know my answer.  But let's look at how that presumption works - and how much longer it has to live.

Veterans can rebut the presumption, but they must do so with specific challenges to the competency, methodology, testing, science/medicine or reasoning on which the opinion's author relied.

This presumption's days are numbered.

Read what 2 philosophically diverse justices wrote in rare dissents to the rejection of cert:

“A decision by the VA to deny benefits in reliance on an examiner’s opinion, while denying the veteran access to that examiner’s credentials, ensures that the presumption [that VA doctors are legally qualified as experts] will work to the veteran’s disadvantage.” Mathis v. Shulkin, 137 S.Ct. 1994, 1995 (June 26, 2017)(J. Sotomayor, dissenting).

That is a rough and direct criticism. Justice Gorsuch hammered home the reality of the harm that results from the presumption:

“The VA usually refuses to supply information that might allow a veteran to challenge the presumption [that VA doctors are legally qualified as experts] without an order from the Board of Veterans’ Appeals. And that Board often won’t issue an order unless the veteran can first supply a specific reason for thinking the examiner incompetent. No doubt this arrangement makes the VA’s job easier. But how is it that an administrative agency may manufacture for itself or win from the courts a regime that has no basis in the relevant statutes and does nothing to assist, and much to impair, the interests of those the law says the agency is supposed to serve?” Mathis v. Shulkin, 137 S.Ct. at 1995 (June 26, 2017)(J. Gorsuch, dissenting).

When the right fact pattern arises, the presumption of VA examiner competence will disappear - unless Congress writes it into law.

As it stands now, the law on VA medical opinions heavily favors the VA.

You can help to change that. Here's how.

Though not known for sure, and it is impossible to ever know, it is rumored that the cert petition in Mathis was rejected because the veteran did not request a copy of the VA opinion prior to the BVA decision.

My firm is working to take this a step further.

In Martinez v. Shulkin, CAVC #17-1551, we are arguing the duty to assist in 38 USC 5103A(a)(1) and/or the  due process clause of the 5th amendment of the US Constitution require the VA to affirmatively produce a copy of any VA medical opinion on which it intends to rely in the decision on a particular claim or appeal.

Until that day comes, there is NO reason to NOT request copies of the examiner's credentials in every single Notice of Disagreement (NOD) and every single VA Form 9.

If all else fails, and the BVA denies your appeal in reliance on an examiner's competence, that request is a strong relief valve that may get you vacatur and remand at the BVA.