A Tale of Two Veterans. 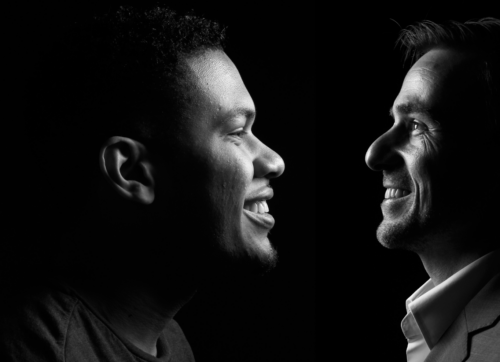 Let me tell you the story of two veterans.

The first veteran - we'll call him Jim - claimed he was exposed to herbicides - Agent Orange - outside of the Republic of Vietnam. After the VA spent decades denying his claim, the BVA's errors were vacated and remanded by the Courts to the VA's raters. Within 3 months, the veteran received nearly a quarter-million in past due benefits.  ;

Take a look at Jim's Facebook page - you'll not see pictures of family and friends, no pictures of cute puppies or bunnies. Instead, you'll see the Treason Flag, displayed like wallpaper, still smothering the policies of the state of Kentucky, and commemorating the prejudices of her citizens.

Tony's not on Facebook.  But like Jim, Tony too was exposed to herbicides - Agent Orange - outside of the Republic of Vietnam.

And, like Jim, Tony  spent decades inside the VA Hamster wheel, being denied benefits until the BVA's errors were vacated and remanded by the Courts to the VA's raters.

But that is where the similarity ends. It has been over 2 years since that Court order in Jim's case, and the VA is still denying his claim.

There are, as far as I can tell, two material differences in these two cases.

Jim is a white veteran from Kentucky.

Tony is a Black veteran from Florida.

The VA's bureaucracy does not seem to care that the Black veteran in Florida is 81 years old, has no running water or AC.

The longer I do this work, the more I see it: the VA does not seem to really care about the veteran.

Sure, a few VA employees - the last good people in Gomorrah - will guilt you into feeling bad about saying that. But there is little evidence to the contrary.

On that rare occasion when the VA bureaucrats try to care about veterans, they are so much better at providing care and support to the white veteran.