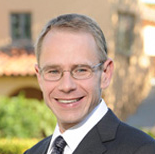 The scope of a claim is determined by a sympathetic assessment of the veteran’s description of the claim, the veteran’s symptoms and information submitted to or received by the VA in support of the claim. Clemons v. Shinseki, 23 Vet. App. 1 (2009)(per curium).

The veteran filed a claim in March 2006, broadly stating the “VA clinic … put a(n) ECG monitor on me … I think it was to check my heart.” He was granted service connection for ischemic heart disease, and through a CUE claim was later awarded a March 2006 effective date for the IHD.

Did the BVA err when it failed to consider whether the 2006 claim reasonably encompassed heart conditions other than Ischemic Heart Disease?

The CAVC agreed that yes, the Clemons precedent endorses a broad standard for evaluating the scope of a claim.

The CAVC reinforced its reasoning by pointing out that earlier VA examiner attributed the veteran’s heart conditions and chest pain to something other than IHD.

This case was intriguing, because it involved a case that is the subject of a lot of push-pull between advocates before the VA, BVA and CAVC.

That case was the CAVC’s decision in Clemons.

Clemons - though not the first in its line - did reverberate through the veteran’s advocacy community.

Its core holding is this:  the scope of a  claim for VA disability compensation entitles a veteran to benefits not for a particular diagnosis, but for the affliction the medical condition caused her.

That core holding has frightened the BVA and the OGC: they feel, somewhat justifiably, that the rule was directing them to go on an unguided safari through these massive VA C-files to find and adjudicate each and every possible claim for service connection raised by every possible medical records.

On the other side of the aisle, many veterans advocates feel this case means that if you file a claim for XYZ condition, any other condition that shows up in your medical files is part of that claim. Obviously, that would be nice, but Clemons did not go anywhere near that far in laying out a standard for divining the scope of a claim for any VA disability benefit.

In the middle of those two poles is the Court of Appeals for Veterans Claims.

The CAVC has continuously pushed back on Clemons arguments from both sides: many of the memorandum decisions of the Court of Appeals for Veterans Claims which speak of misplaced reliance on Clemons arise outside of one of the two following scenarios. One, a veteran did not know the right diagnosis when his claim was filed. Two, the condition claimed was much broader or expansive than the veteran (or VA) thought it was when filed.

Stray too far outside those facts, and the applicability of Clemons becomes less tenuous. Not impossible, just harder.

Incidentally, much of the following caselaw interpreting or building on Clemons deals with secondary claims - how far will Clemons go when a veteran's claim includes a separate medical condition caused by the one he claimed?

I would have liked to have seen how the parties briefed the Clemons issue using the facts of this case: whether or not the BVA failed to sympathetically assess the scope of the May 2006 claim to determine whether it encompassed a claim for service connection of a heart condition other than ischemic heart disease.

However, neither touched the case, or the legal concept, frankly.

The parties framed the issue for the Court as a dispute regarding the fulfillment or failure of the Duty to Assist in regards to the March 2006 claim.

However, the Court recognized that the issue of the fulfillment or failure of the Duty to Assist could not be resolved without focusing on the first question: what is the scope of the claim to begin with?

This, I think, put the Court in an awkward position: it was confronted with an unbriefed "flashpoint of controversy" between the parties.

Do NOT construe this statement as one criticizing either attorney for either party: I did not have access to the Record Before the Agency or the Record of Proceedings, and so any assessments I make are necessarily limited by knowing less than all of the facts. Further, I am familiar with the work of both attorneys who briefed this case, respect them both considerably, and know both to be zealous advocates for their clients.

If the CAVC adjudicates the real dispute between the parties, because it wasn’t briefed, there is a risk that one side will accuse the Court of Appeals for Veterans Claims of being an “activist” court.

If the CAVC doesn’t adjudicate the real dispute, there would have been a better than good chance the Federal Circuit Court of Appeals might have reversed the outcome on appeal.

In other words, however the CAVC writes its the single judge memorandum decision, it has to do so without expanding or limiting Clemons. (Single judge decisions of the CAVC cannot change court precedent).

I think the CAVC handled this case with a deft hand - or pen - if you will.

The judge who authored the opinion is one of the new appointees, Judge Michael Allen.

Judge Allen spent considerable time as a law professor, and in addition to building a phenomenal law clinic for veterans at Stetson University, has written extensively on veterans law. (including, as you can see in the linked text, on Clemons)

In the end, he asked the underlying question and answered it.

In doing so, I believe he reached the right result: this was a clear case where neither the veteran nor the VA understood the full scope of the veteran’s heart condition when the claim was filed.

As the record was developed, though, the VA only addressed one of the heart conditions, and left the others swinging in the proverbial wind.

Why is this important for an attorney or VSO representing veterans at the VA Regional Office or BVA?

First,the way this opinion was written suggests to me that we are entering an era when the CAVC is going to write less and less "new law", and instead focus on refining the case law it has written, and clarifying statutory and regulatory interpretations that for years have remained somewhat nebulous.

If I am right, this development is significant, because it will require advocates wanting to push veterans law to a more "pro-Veteran" leaning will need to focus very hard on getting the right facts into the record -- BEFORE the BVA decision.

If you think you have a case where the VA or BVA failed to properly - and sympathetically - assess the scope of an earlier claim, reach out to me and request a consultation on your BVA Decision.

Likewise, if you need help understanding what facts to consider including in the record to give the Clemons argument a "leg up" at the CAVC, please contact my office and we can set up a time to talk.

* Photograph of Judge Michael Allen is from the Stetson University website: copyright holder not known or included on original image. Please email webmaster for copyright attribution.