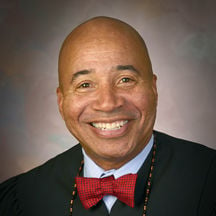 What  is the "Deep Issue" in the case?

A veteran is entitled to special monthly compensation (SMC) if, owing to a service-connected disability the veteran suffered anatomical loss of use of one or both feet. 38 U.S.C. § 1114(k), (l).  A veteran suffers this loss when “no effective function remains other than that which would be equally well served by an amputation stump”. 38 C.F.R. § 3.350(a)(2)(i) (2017). This determination is made based on actual remaining foot function, including whether the acts of balance and propulsion could be accomplished equally well by an amputation stump with prosthesis. Id.

In this case, the BVA Veterans Law Judge acknowledged the veteran had decreased effective functioning in his feet. She noted the veteran could walk, stand and balance for limited periods of time. The BVA clearly and repeatedly stated the veteran was required to prove “no effective remaining function” to qualify for SMC for loss of use of his foot.

Did the BVA apply the wrong legal standard when it required the veteran show that he had no effective function remaining in his foot to qualify for SMC due to loss of use of his feet?

What did the CAVC decide?

The Board of Veterans Appeals did use the wrong legal standard when it required the veteran to show "no effective function remaining" to qualify for SMC of this type.

The CAVC decision addressed this by stating the correct standard in a single sentence:

Given the current level of effective function of Mr. Kemp’s feet, would he be at least as well served by prosthetics?

The CAVC made clear that SMC for loss of use of foot is not limited to Veterans who have NO remaining function in the foot.

The BVA decision was set aside, and remanded to the BVA to fix the errors the Veterans Law Judge made.

The particular issue I discuss above was not the only legal issue raised in the case.

However, the issue of SMC was a purely legal challenge: the veteran argued that the BVA applied the wrong legal standard.

For the accredited VA attorney practicing at the VA Regional Office or BVA, "pure law" cases can be frustrating.  The BVA or VARO can make incorrect legal decisions that affect the outcome of a case, and it can take years to fix them.

For this reason, it is critical that we as practitioners - attorney or VSO - set expectations with our clients that the VARO and BVA often make legal errors which are not easily fixed. Our clients sometimes personalize these errors. I, as an advocate, often struggle to understand the banality of BVA decisions which make basic legal errors, and the degree to which they are tolerated as "part of the system".

As advocates, we can redirect our focus away from the shortcomings of the VA Regional Office and BVA, and ensure that there is sufficient evidence in the record to PREVAIL once the legal error is corrected.

As an appellate attorney, when the record is thick with legal error but thin on legal evidence, it can be hard for me to persuade a  court to right a wrong. Without the evidence showing the "wrong", the argument feels at times more of an academic exercise.

If you have a BVA appeal for a veteran that involves a purely legal issue, and you are concerned that  a BVA decision will apply the wrong legal standard to the facts, it is critical that you consider consulting with an attorney who handles appellate briefing at the Veterans Court.

Two reasons for this:

First, as an appellate attorney, I can show you the evidentiary "holes" in your case, or where evidence needs to be reinforced (or added) to ensure all the facts are before the BVA and ultimately, the CAVC.

Second, an appellate attorney learns very quickly that  a critical skill set at the Court of Appeals for Veterans Claims is learning to use the briefing process to shape the argument.

While any attorney has the ability to do this, the  accredited VA attorney focused on winning appeals at the BVA and VA Regional Offices does not have the time necessary to  develop this skill-set while running their law firm business.

In this case, the veteran’s primary argument was that the BVA applied the wrong legal standard to his claim for Special Monthly Compensation (SMC).

The Veterans Court reviews this argument on a de novo basis - the BVA decision is afforded zero deference.

It’s a standard of review that, while difficult to meet, often favors the veteran appealing to the CAVC.

The typical response of the VA Office of General Counsel (OGC) to an argument that a particular BVA Veterans Law Judge did not apply the proper legal standard is to present the dispute as a “mere disagreement” with the weighing of the evidence. The standard of review for this type of issue is “clearly erroneous” - it is the second hardest standard of review for appellants at the Veterans Court.

However, the strategy can succeed if an appellant takes the bait and uses the reply brief to engage in the OGC’s debate about how the BVA weighed facts. This sends a signal to the court that maybe the OGC is on to something - maybe this appeal really is about facts.

The appellant, in this case, did a good job of using his reply brief to refocus the court on the legal standard issue; this is a difficult skill to develop, so my hat is off to the veteran's counsel.

Bottom line: when you get a BVA decision denying your client’s appeal, take the time to run it by an appellate advocate at the CAVC.

Link to the CAVC Single Judge Decision on CAVC Website