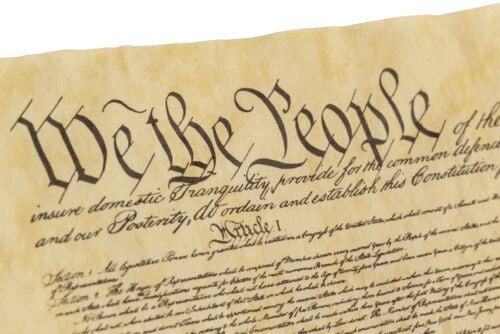 We the People, the 79.8 million of us, voted that temporary economic stability should not come at the expense of Black, Hispanic, frontline workers, the immuno-compromised, and elderly lives.

We demanded that the unity of our country means denouncing white supremacy and systemic racism.

We asserted that economic prosperity cannot be attained without equal opportunity across racial, gender, and economic class lines.

We protested that if all lives mattered, then Black Lives must Matter.

The victory of President-elect Joe Biden and Vice President-elect Kamala Harris means that the majority of us agree that character, decency, equality, and equity matter.

We the people have been deeply grieved by President Trump’s failure to “faithfully” execute the office of the president during the last 4 years. His administration’s delayed and loose handling of the coronavirus caused swift and nation-wide spread. The administration did not notify us early or set nation-wide protective mandates and refused to act on the advice of experts. Because of this, over 270,532 of us have died due to COVID-19 and the death toll continues to rise.

Of those American lives lost, 20% of us were Black even though we only make up 13.4% of the population.

That is more death than US military casualties during the Vietnam War.

Please do not misconstrue this as diminishing the value of other lives, I just want to draw your attention, both mental and moral, to how systematic racism works.

We have all witnessed Trump’s racist rhetoric, dog whistling, and failure to denounce white supremacy in the deadly neo-Nazi rally in Charlottesville and with the brutal murder of George Floyd. Memberships to white nationalist groups have exploded by 55% since he entered office. Racial divisions across the country have proliferated under his watch.

During his term we have also seen the highest rise of hate crimes ever committed in US history. Of the data collected by the FBI in 2019, 7,314 hate crimes committed were motivated by racial, ethnic, or gender identity bias.

I know I am throwing a lot of numbers at you, but I am trying to illustrate the consequences of embracing hate or ignoring it exists.

We were angered when the president of the United States boasted about how he managed to make the unemployment rate fall back down to 8.4% in August 2020 from 14.7% in April.

He left out that the unemployment rate for Blacks like us has remained at 13.2% despite this so-called national recovery.

He also left out that 28% of Blacks in the labor force are frontline workers in healthcare or education. They don’t have the luxury of working from home or to facilitate virtual learning for their children.

Don’t lose sight of where I am trying to get at.

This pandemic has been hard for all, single mothers, families with disabled children and parents, and those that were in poverty before this all started; we see you.

Black Americans also aren’t immune to these circumstances. The flawed thinking is that American success is white success, when in fact, American success can only be the collective success of “We the People.”

We the People of the United States, in Order to form a more perfect Union, establish Justice, ensure domestic Tranquility, provide for the common defense, promote the general Welfare, and secure the Blessings of Liberty to ourselves and our Posterity, do ordain and establish this Constitution for the United States of America.

By leaving the Black community behind they have failed to meet the demands of their oath.

But what does this say about Black success and achievement?

It means it is self-achieved, at a greater cost, requiring a strength and resilience unknown and misunderstood by the majority, against all odds. Veterans of color, you know what I am talking about. For example:

I was speaking to a friend of mine the other day who served in the Army and Coast Guard. I had asked her what Veteran’s Day meant to her and she echoed many of the things I’ve also heard you say.

“Being a veteran, it’s an inner and mental strength. In bootcamp, you learn to sacrifice and put others first… the best things I got from the military is teamwork and the comradery. It was an accomplishment.”

We laughed together when she told me about Staff Sergeant Green.

“He was fit, Black, served in Vietnam and was real hardcore. He could run, he could run, and he could run but he could sing. In boot camp you had to run and sing. I used to be running and crying, but then I started singing cadence and harmonizing. We would run and sing for 5 to 6 miles.”

“But as a Black female I was careful to always be early, be perfect, the best soldier. That was the only way to keep them from messing with me. You had to exceptionally compensate in performance for everything you know they discriminate against. Don’t ask, Don’t tell, Don’t give them a reason to…”

I think we are still running and singing cadence, but many of our white allies have stepped out of formation after discharge.

It’s time for Donald Trump to concede and white supremacists to retreat. There is nothing truthful, scientific, or morally sound about beliefs of white superiority. We the People have always been equal to each other regardless of race, gender, and class. White supremacists chose to embrace the lie to elevate themselves, they called it a culture, then sold it to other US institutions. Others believed the white supremacy lie because of the disparity it caused. They fail to see that the lie (racist idea) existed first.

On January 20, 2021, again we will make history when Kamala Harris, the first Black woman, first woman of South Asian descent and first daughter of immigrants takes the oath of the Vice President to “defend the Constitution of the United States against all enemies, foreign and domestic…” She also has teamed up with another ally, Joe Biden, who has also pledged to “marshal the forces of science, and the forces of hope in… the battle to achieve racial justice and root out systemic racism in this country.”

The camaraderie, teamwork, and sacrifice for others should and can transcend military service into the civilian world. You served and you are "We the People." We are still worth fighting for outside of uniform.

I am not using this opportunity to write to you to convince you of my ideas.

I am writing to you so that you can consider what would happen if your ideas were changed.